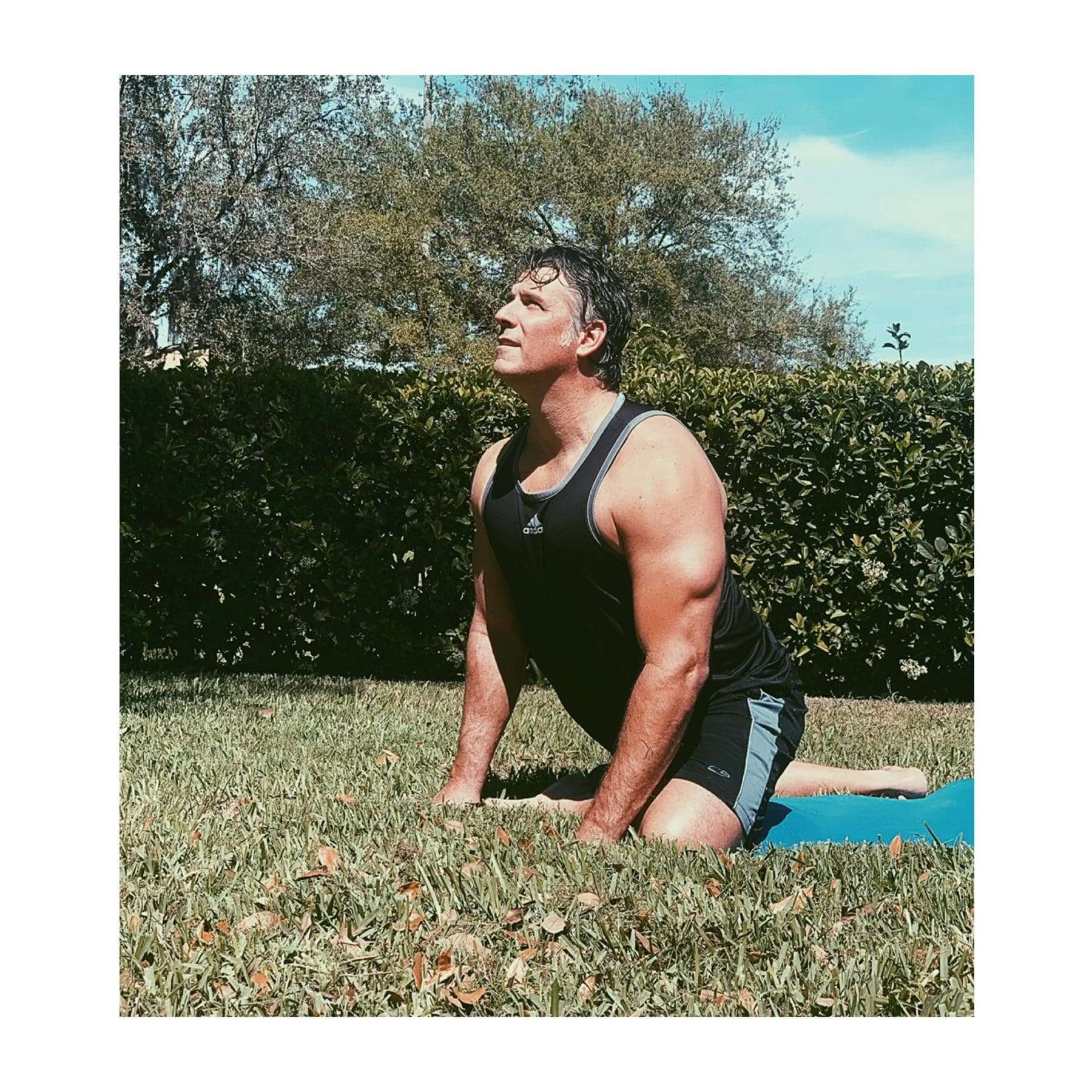 By: Thavma
Student of the Month, Thavma Blog, Thavma Yoga

1. Tell us a little about yourself.

I am 50 years old.  Raised in Sarasota since I was 1 year old.  Own an Insurance Agency.

2. Have you done other styles of Yoga other than Thavma Yoga?

I have done a couple of classes at another studio.

3. What made you decide to take your first Thavma Class?

The owner of the gym I work out at “Scorch Fitness” invited her members to attend a 90 minute Bikram class about 6 months ago.

4. What made you choose Thavma Yoga as a Studio?

I felt a connection to my gym Scorch Fitness which meant something to me.  There seems to always be familiar faces there.  As well there is a specific class “Phoenix Method” that Marina encouraged us to try and I’ve been hooked ever since.

That first 90 minute hot yoga class was an experience that I will never forget.  There were a couple of times that I almost ran out the door with the heat and first time trying the poses.  But I finished it after a few minutes in the bathroom.

6. What makes you come back?

I have found that the Phoenix Method class has helped me to get stronger @ Scorch.  Especially the bench press.  The stretches that we do for the Pecs and Rotator Cuff has increased my range of motion and I am no longer sore from week to week as I try to go heavier on the bench.  I actually just hit a new PB (personal best) on the Bench which was a pleasant surprise.  I also have an arthritic elbow and I went back to my Ortho doctor the other day to get it checked on and he said my extension range of motion has not decreased in the last two years.  I can’t help but also give credit to Yoga for that.  Marina really stresses in a certain pose when you grab your ankle to kick back as hard as you can.  Which stretches the shoulder, elbow and wrist.  I think it has been those type of stretches/poses that have broken up some of the bone spurs that have formed around my right elbow.  My doctor told me to keep doing Yoga.

7. How long have you been practicing?

Steady for 2 months now at Thavma.  Had done a few classes prior.

8. What is your favorite pose?

There is a pose specifically for the pecs that I love.

9. What is your least favorite pose?

There are two poses in Phoenix that deal with stretching the feet.  I have turf toe in both of my big toes so those poses hurt like the dickens.  I had thought for a while that Marina had something against our feet and wanted to hurt them but now I’ve concluded that she is just trying to help.

What has surprised me about Thavma Yoga is that it seems to be more of a workout than what I expected.  For a guy who has gone to gyms his entire life I knew Yoga would be difficult but I had always viewed it as very laid back.  The other studio I had been to no one is talking before or after in the lobby or if they do it is a whisper.  They do the class and put their heads down and walk out.  But in Thavma IMO Marina has made it more of an engaging community atmosphere.  Everyone is smiling and talking even after the hardest classes.

11. Tell us anything else interesting that you feel you have gained or learned since starting Thavma Yoga.

Right now I am benefiting from the stretching aspect but I know I’ve only touched the surface.  Marina often speaks of the healing aspects of Yoga (mental and physical) that I in time hope to key into more fully. 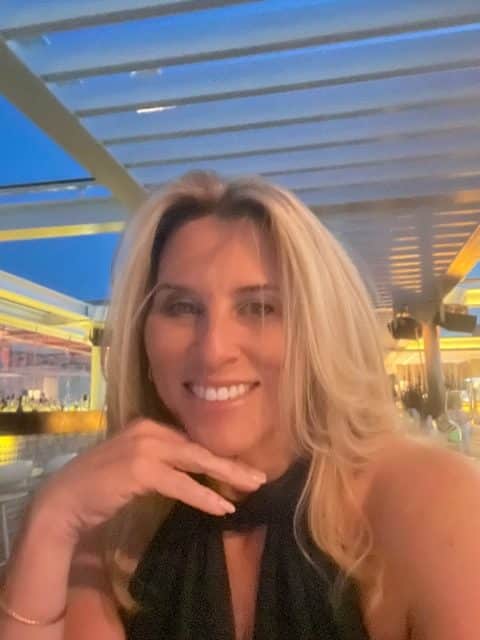 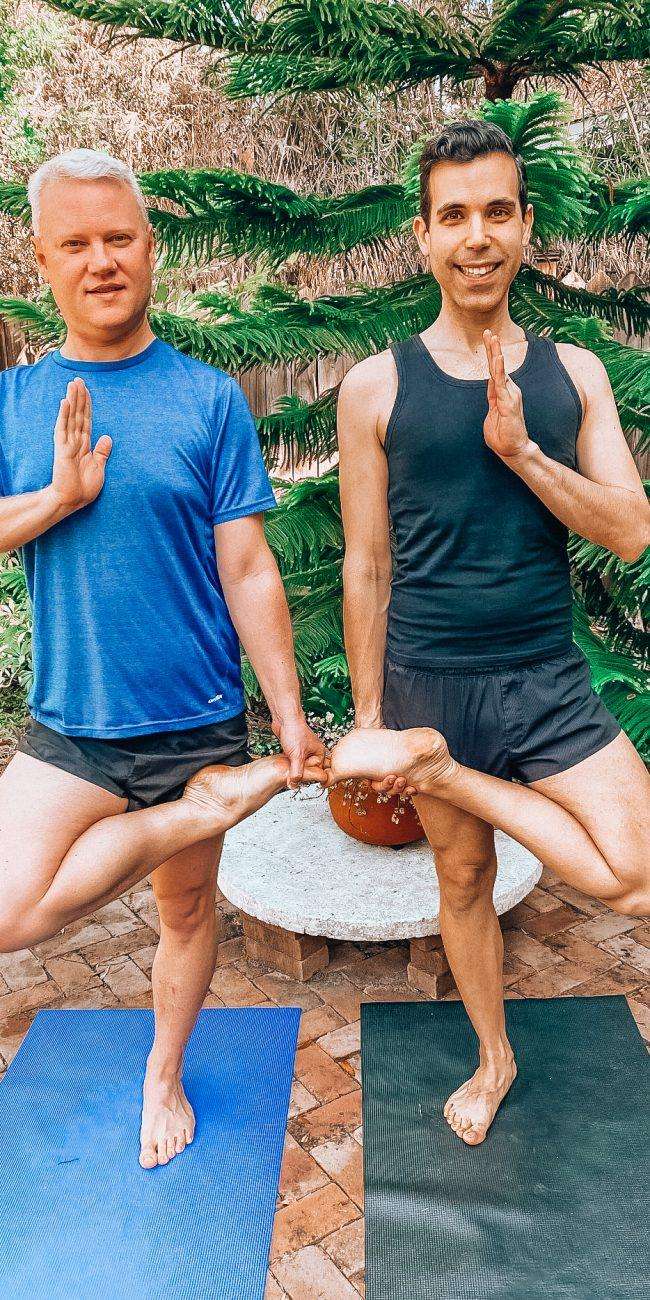 Students of the month: Jorge & Sam 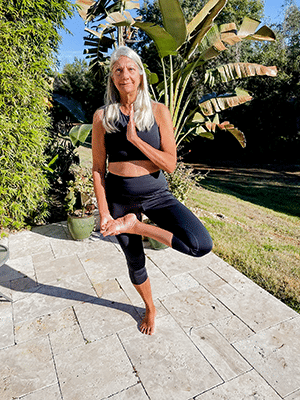 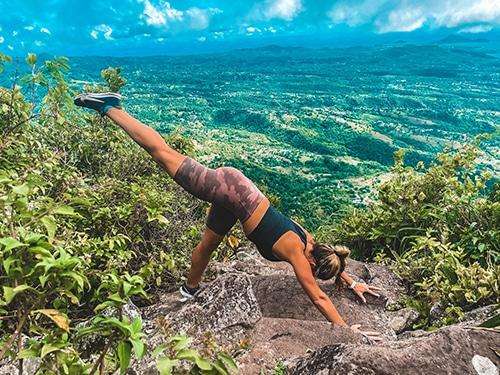